Here it is! Welcome to Inbetween, my second serial novel and my 2016 NaNoWriMo novel. I’m so excited to start sharing this with you. I hope this novel will be as well received as The Dreams.

With this chapter, like every chapter of The Dreams, I owe a huge thank you to my fantastic supporters. If you want to support my writing and help my creations go from first draft to maybe someday a real book you can hold in your hands, head over to my Patreon.

END_OF_DOCUMENT_TOKEN_TO_BE_REPLACED

That about sums up my feelings about the third week of NaNoWriMo. This month is kicking my butt from all angles.

Even though we’re approaching six months of living here, I’m still working hard to get settled into our new home. Some of it is never going to end. Owning a home is one project after another, but I’m talking about getting settled enough to feel satisfied and comfortable. I’m not there yet and my to-do list is a bigger distraction and time sink than I thought it would be.

If that was my only issue, I think I would still be okay. However, I have more distractions and upheaval than that going on this month. Twitter happened to implode just in time for the start of NaNoWriMo. This might not seem like a month ruining even on the surface, but Twitter is where I’ve built up my NaNo community for years. Now my place to go for support and camaraderie is on fire. People are upset. People are just gone. If I want to keep up with the friends I’ve made of the years on one app, I need to divide my attention across a half dozen or so social media apps now. I’m scrambling to keep up. At the same time I’m dealing with hurt and anger over how things are going on Twitter itself. To say it’s been a distraction would be an understatement.

I’m also regretting my decision to work on The Dreams. It could’ve all worked out if other things hadn’t started to go wrong. After three weeks of struggle, I think working on something shiny and new would have at least given me a small bump in enthusiasm. I also wouldn’t feel the pressure to stay on topic and follow the path I know for this story like the back of my hand. I could meander and follow my fancy to, well, anywhere. However, I know I’d regret losing a whole month of work on this project. It’s the one I want to see through to the end.

At this point the question is: do I think I can turn this NaNoWriMo around with just a week and a few days to go?

I don’t think it is impossible. If I make it happen, it’s going to hurt. I’d be pushing myself to my absolute limit.

I want to win. I’m still trying to figure out if it will be worth it to push myself like that mentally and physically. No matter what I decide, I’m going to keep writing. This project still needs to reach the end and I won’t get there by feeling discouraged and giving up.

END_OF_DOCUMENT_TOKEN_TO_BE_REPLACED

Do the week 2 blues have more to do with where we are in our drafts or is it just the experience of coming down from the excitement and enthusiasm of week 1?

My inability to make an significant progress while still experiencing the week 2 blues seems to suggest the latter rather than the former. I’m nowhere near the middle of my story. If I was on track, I’d be around the halfway point right now. I’m still clawing my way to 25%.

It would be so easy to give up right now. I’m so far behind. This isn’t a situation that one day of extra work can fix. I need to completely turn around the sort of progress I’ve been making every single day so far. I need to consistently out perform the 1,667 daily goal instead of regularly falling short of the target. Doing that won’t be easy, but I’m going to do my best.

I’m going to keep stumbling along the way. I’ve done NaNoWriMo every November since 2006 and I can’t remember a single year I was on track or ahead of schedule for all or even most of the month. However, I’ve won many times. I’m capable of completely buckling down and writing astronomical amounts of words in a short span of time. Some years I can’t pull it off, but I’ve managed it many times.

Hopefully, if you’re behind like me you aren’t feeling too discouraged. It is possible to catch up. There’s a whole half a month to go. That’s plenty of time and we don’t even have to write the whole 50,000 in those two weeks since we’ve written something during week 1 and week 2. We just have to keep writing and adjust now that we know what works and what doesn’t during this month in particular.

The most important thing at this point in the month is to just keep writing.

END_OF_DOCUMENT_TOKEN_TO_BE_REPLACED

This is going to be a quick post because I need to get back to writing.

NaNoWriMo 2022 is shaping up to be a wild one. I’m writing consistently! That’s always good and a particularly welcome development this year. I’ve been struggling with consistency for months now.

Not everything is going according to plan. I haven’t reached my target daily word count once during the first week. I’ve gotten close, but falling short every day has added up. I have a lot of catching up to do during the rest of the month.

I’ve caught up from way behind before. No two years are the same though. This year is a lot different from the past few too. I have a house to look after now and I’m not just living with my boyfriend and cats. People are a big distraction for me and now I have people around. It’s not ideal. I need to figure out how to adapt to win this month on the fly.

How did your first week go? I know some people are past the halfway mark already. Whether you’re far ahead or lagging behind like me, I hope the second week of NaNo goes well for you!

END_OF_DOCUMENT_TOKEN_TO_BE_REPLACED

I’m not out of the woods yet with this reading slump, but I think I’m starting to claw my way out. I’m starting more books. I’m starting more ambitious books. That’s a good sign. Maybe all the writing in November will finally give me the kick in the pants I need to really dig into reading again. My only regret this month is not buckling down and reading at least one non fiction book on creative writing/revising a novel.

Books I finished reading in September: 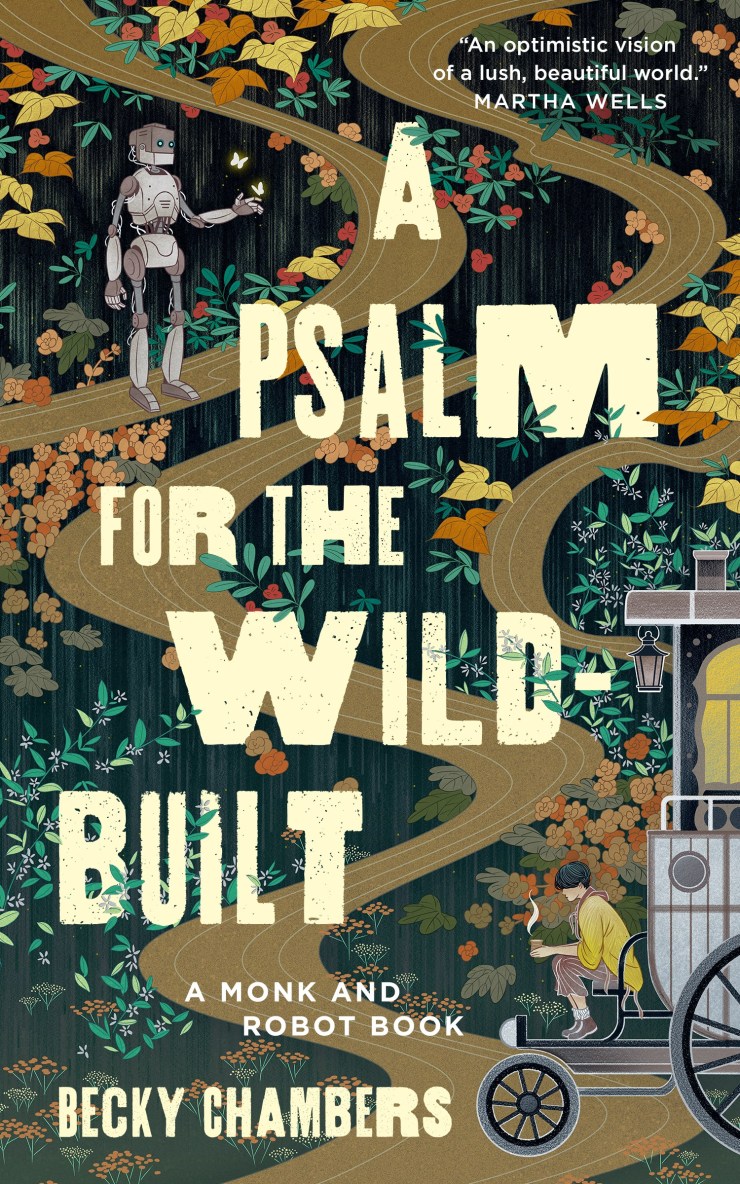 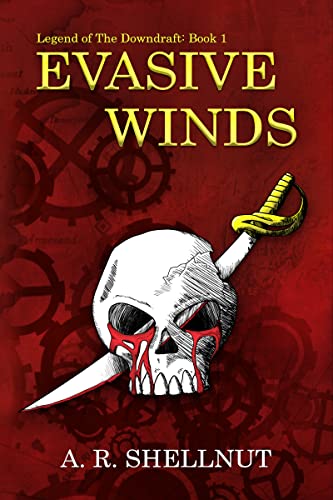 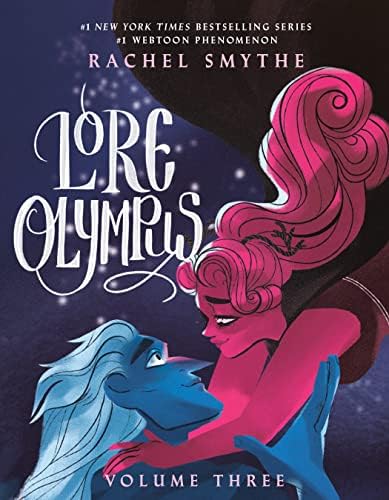 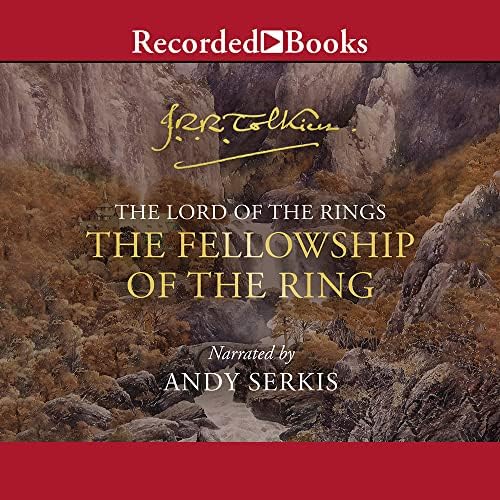 What did you read in October? Are there any books on writing craft you would recommend checking out? I might try to read it while doing NaNoWriMo or hold off until December and use it as inspiration to keep going.

Can you believe October is almost over? The month just flew by for me.

This year we had beautiful weather for many, many days in October. I’ve been going on walks every day I could all month long. My walks have primarily been to some places around town I know are quieter. I can plan better when it’s just me, the trees, some birds, squirrels, and, occasionally, a deer or two. Most days I’ve been visiting 2-3 places that fit that description. None of them are very big, but between visiting them and getting there, I’ve been walking at least 4 miles a day.

In my last post about NaNoWriMo I was still really unsure about what I would work on during the month. I was going back and forth for a while, but I settled on what I wanted to write a while ago. I just held off on making it official because I was worried something more exciting would come along and change all my plans. Maybe the caution wasn’t necessary, since I didn’t find a better idea and change my mind.

I settled on continuing to work on the 4th draft of The Dreams during NaNoWriMo. As much as I’ve been craving the opportunity to start something new and write with reckless abandon, I couldn’t justify leaving this draft alone for an entire month. Writing has been such a struggle for me this year. I’m hoping that will change once I have the energy of NaNoWriMo backing me up.

Are you participating in NaNoWriMo this year? Add me as a buddy and we can help hold each other accountable.

END_OF_DOCUMENT_TOKEN_TO_BE_REPLACED

NaNoWriMoNovember 1, 2022
Time for the best writing month of the year!

I call today's photos "it's NaNoWriMo and I should be writing".
NaNoWriMo starts in a few hours. Will you be writing?
Found some perfect raindrops this morning
Back to top
Loading Comments...
%d bloggers like this: