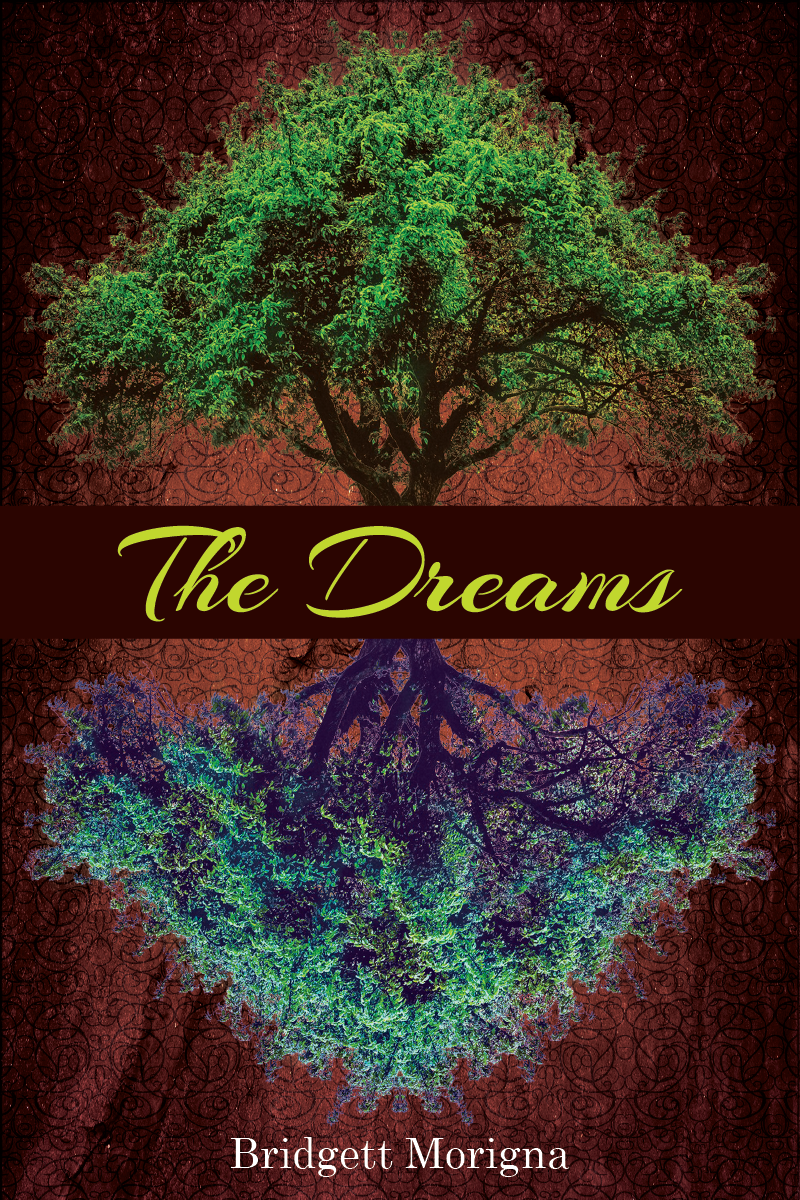 Cover by A. R. Shellnut

It’s Valentine’s Day! To celebrate this year I thought I’d share a scene from the 3rd draft of The Dreams.

This draft has been posted exclusively to my Patreon, but I thought I’d make an exception for this day and this scene. I hope you enjoy it!

After her second date with Hibiki, Rina stopped worrying so much about thinking up fun and exciting things to do with him. Being with him was enough, and she felt sure the feeling was mutual.

Tonight they were studying together. Corine told her it was a lame date idea, but Corine hated studying and Rina and Hibiki both took their academic careers very seriously. Study dates were practical for them. They could see each other more often if they studied together rather than separately. Tonight the plan was to stay in her room and work on their respective assignments, and in her opinion, it was the perfect date.

She tried her best to stay positive and not to worry about the small stuff. This was not the first time Hibiki had been in her room so she had less motivation to work extra hard to impress him. Even so, she had cleaned her room so she had no fear of being humiliated by her poor housekeeping skills. Worrying about making her room presentable and being a good hostess kept her mind off other thoughts that made her more genuinely nervous. She knew what some people would make some unfair assumptions about her inviting a boy to her room on a regular basis.

Her entire home was her bedroom at this point. She tried not to be nervous about such things and she wanted to believe she had no reason to worry with Hibiki, but she was not stupid enough to believe that there was no possible way for things to happen that she did not currently intend. Even entertaining such possibilities sent her into a spiral of panic. The only way to avoid becoming a mess was to keep busy. Without time to think about much she could not have time to come up with new reasons to worry.

She kept tidying and straightening up her room until the moment her phone buzzed on her desk. She grabbed her phone and quickly checked her messages. Perfect. Hibiki was right one time. She hurried down the hall to let him in.

He had been in her room before, but this was the first time that there were planning to spend the whole day in here studying together. If he had any concerns, he hid them well.

She opened the door and allowed Hibiki to enter ahead of her. “Um. I don’t have a lot of spare seating options so you can have the desk chair and I’ll sit on the bed if that’s okay with you.”

He crossed the room and sat down at her desk with a calm ease that made Rina think he could not possibly be feeling the least bit nervous about spending the day in her room. She tried her best to emulate his cool demeanor as she settled in to work on her bed.

“So what do you have to work on today?” she asked.

He pulled a notebook and a thick textbook out of his back and sat them on her desk. From her current vantage point on her bed, she could not make out of the book’s title.

“I have a history exam in two days so I need to memorize names and dates. What about you?”

She held up her anthropology textbook and made an overly silly face.

“I’ve got three chapters to read through and a vocabulary quiz tomorrow. Do you think you could drill me on the vocab list after I finish the reading?”

“Sure. You mind quizzing me on these history chapters after that?”

After that short exchange, they fell silent and settled into studying. Rina found it nice to finally have someone to study with that actually wanted to study as much as she did. At the same time, she missed talking to Hibiki. Not talking to him felt strange since they spent so much of their time together so far talking and getting to know each other.

Once she focused on the first chapter she had to read, the silence stopped seeming out of place. She found her study zone and once she made it there almost nothing took her out of it until she was good and ready to leave. With that mindset, she made great progress on her reading assignment and soon had her full vocabulary list made and had practically drilled the words into her brain.

Then as seamlessly as she fell into her study zone, she rose back to full awareness of her surroundings. Something had changed. She looked up from her book and glanced over at her desk. Hibiki was watching her intently from her desk chair. He looked lost in thought while watching her and did not immediately notice or care to acknowledge that she was not aware that he was watching her.

She smiled at him. He smiled back.

“Were you waiting for me to finish?”

“Yes, but not for long. And I was enjoying the view during my wait.”

Rina blushed. “Are you ready for me to quiz you on those chapters?”

“Sure.” He picked up his book and handed it opened to the correct chapter over to her. Then he moved to sit next to her on the bed. “Ask me anything. I should know it all.”

She felt herself growing warmer. Soon she would boil over from excessive blushing. He was sitting close to her—as was necessary on the narrow single bed—that she could touch him if she just leaned over ever so slightly. On all of their dates so far they had never been this close. It was exciting, but she worried that as her face heated up and her heart started to beat so hard it might pound out of her chest Hibiki would notice.

“Won’t you be able to peek if you’re sitting right next to me?” she managed to squeak out.

His arm draped over her shoulders and drew her slightly closer to him. Rina would have blushed more if she had not already blushed herself all the way to a full crimson shade. Instead, she managed to feel a little light headed. Their study date suddenly seemed to involve a lot less studying than it had just a moment ago.

“I’m glad I can trust you to be so honorable.”

“Of course. I know cheating my way into the answer with you won’t do me good on my exam.”

She looked down at the book on her lap and tried to scan the paragraphs to see if she could glean out a good question to begin quizzing Hibiki. The words ran together and the only thing her mind wanted to focus on was his arm around her shoulders. She liked the way she felt being drawn in close to him, but she wasn’t sure how to let him know how she felt about it.

She turned to look at him and he quickly kissed her. It was only a brief encounter, more than a peck on the lips, but still barely more than his lips brushing against hers. A spark of electricity ran down her spine from the second of contact. The sensation of static electricity left her without words for a moment, but it did help cure her of her inability to look him in the eyes. His eyes were a shade of light brown that caught the light in the room and changed facets of his iris to an amber hue. She found it impossible to stop looking at him.

He reached out and tucked a stray strand of hair behind her ear. She leaned in a kissed him, lingering for longer than he had dared.

As she pulled back she took pleasure in seeing his satisfied smile. She had acted on a moment of impulse and acted in a way she would never have otherwise. She had never initiated a kiss before and she had certainly never kissed like that before.

“I hope this isn’t moving too fast for you,” Hibiki said as his fingers brushed against her cheek.

“Oh no. Not at all. Now that we’re here I’m pretty sure this pace is just perfect.”

“Oh good. I’d been hoping you’d give me some signal since our first date, but then you were so upset your shoe getting ruined at the park that I couldn’t tell and since then I’ve been worrying I missed my chance.”

“Well, I think it turned out perfectly. No complaints here at all.”

She leaned in again so their noses were nearly touching. Once again she was not sure what had come over her. She would never normally be so bold or intentionally flirt. For once it felt right to step outside of her comfort zone and trust herself to know where her new boundaries would be and make sure those lines were not crossed until she was ready to redefine her comfort zone again.

“What about studying?” he teased.

“We studied. Doing drills on vocab and dates is just bonus studying.”

“I see. I suppose our grades won’t suffer too greatly if we take a short recess.”

“Indeed,” she said while trying to match his solemn tone, but she could barely stop herself from giggling.

He kissed her again and very nearly took her breath away. She liked to think she could get used to this.

NaNoWriMoNovember 1, 2020
Time for the best writing month of the year!

I wonder why this blanket is always covered in cat hair... #CatsOfInstagram #tortiesofinstagram #tortiecats #tortoiseshell
Josh had a cold over Christmas but he's feeling much better now! #CatOfInstagram #TuxedoCat
I'm so glad my cats love each other
Back to top
Loading Comments...
Comment
×
%d bloggers like this: